Finding my ways to the firmware of a famous Harley tuner

NOTE: All encryption keys and passwords are fake ones made up for writing this post.

A tuner is a little device supposed to be plugged to a bike. It is meant to configure the on board computer in order to optimize fuel to air ratios and other parameters. It is known to be used to lift engine power restrictions, or optimize fuel consumption. Though I am pretty sure a real biker will have much better words to describe how it can be used. 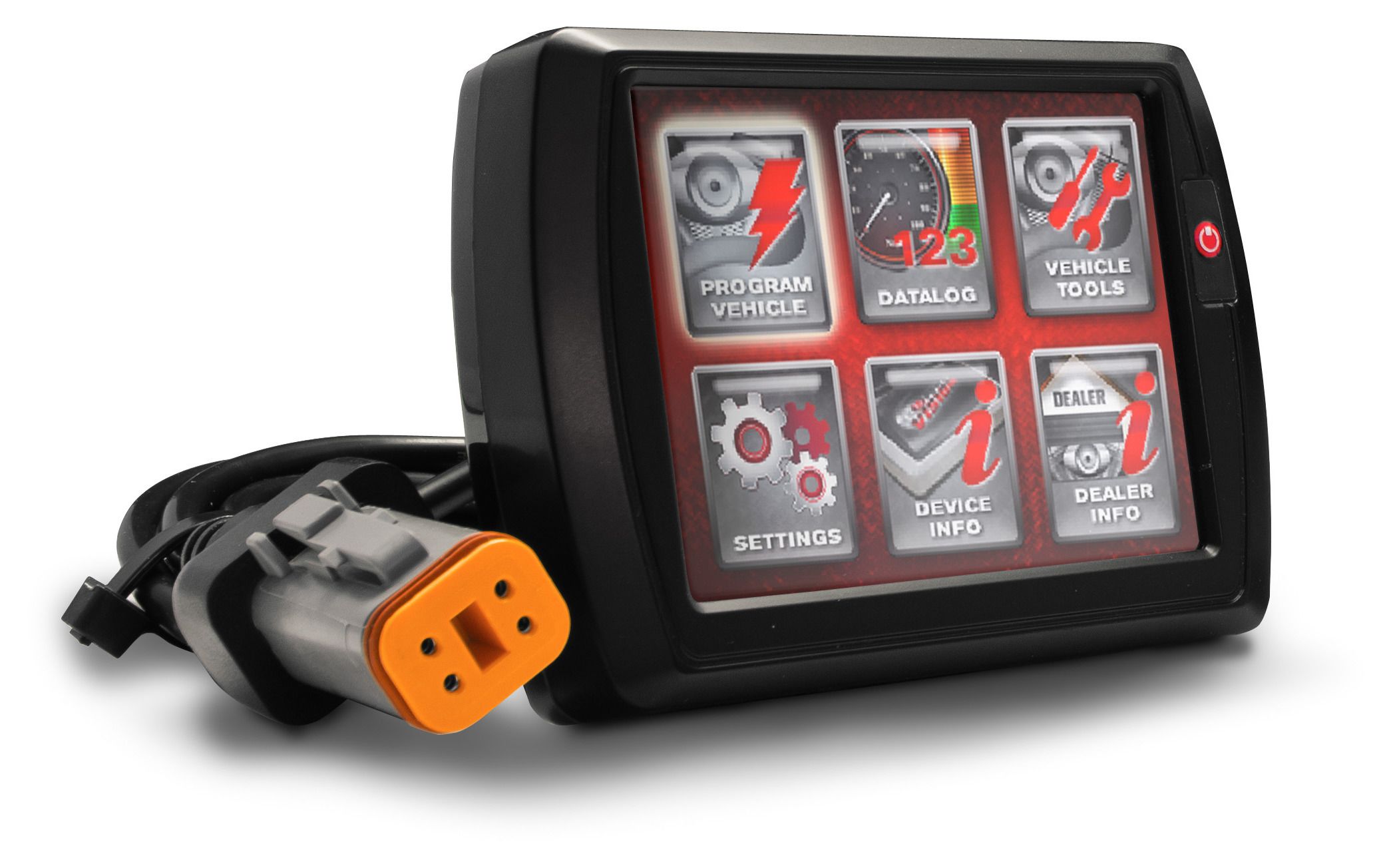 The model studied here is a Power Vision for Harley Davidson, by Dynojet. The hardware is a Bobcat Revision D by Drew Technologies (there is a typo on the PCB, it is actually written Drew Technoligies). 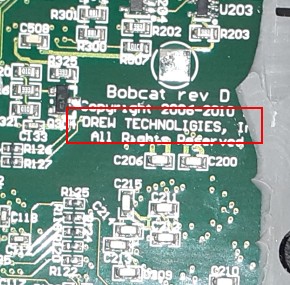 Part 2: Getting the firmware

The tuner is supposed to be configured while being connected to a computer. It has a mini-USB input next to the CAN Bus (this one should be connected to the bike’s on board computer). The tools used to configure it are free to download on Dynojet’s website.

Now our goal is to get the firmware so we can start reversing. Checking on YouTube tutorials and TheWaybackMachine, we can see that firmwares used to be available directly on Dynojet’s website, under the firmware section, which is now empty. We find an interesting lead by running the PVUpdateCLient.exe, and Wireshark simultaneously. 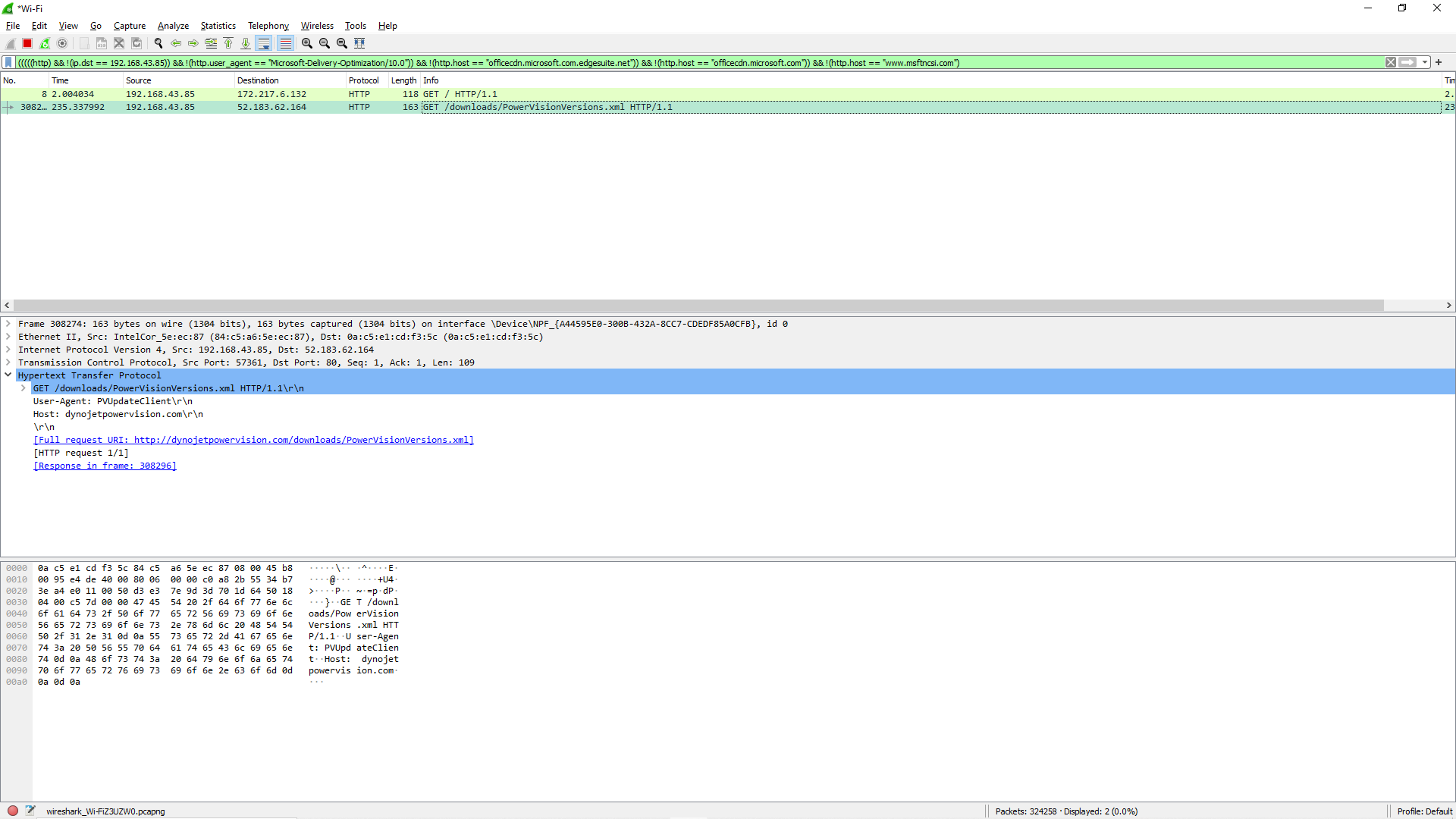 The Wireshark capture shows plaintext HTTP going to dynojetpowervision.com and checking for available firmware files. There is no real protection here, just the User-Agent you are supposed to be using is “PVUpdateClient”, otherwise the files remain hidden.
Using curl, we get the filenames we are looking for:

We start focusing on the FIRMWARE and SYSTEM_UPGRADE files, as they are the most likely to contain what we are interested in. We download them using wget, and trouble begins here:

The SYSTEM_RECOVERY, that we will call “PVR file” is a password protected archive, and the FIRMWARE file, named “PVU_FILE”, is actually encrypted using Openssl. Also, the PVU_CERT file indicates that there might be an integrity check performed on the PVU_FILE.

I’ll skip the details, but since the PVR file is written in plaintext on the device, it was obvious that one of the tools (in this case RecoveryTool.exe) had the password somewhere. A bit of reverse engineering later, we get a password “POWERVISION_RECOVER_3456789Z”. Though I won’t explain the whole thing here, this password is actually somewhat hidden. It is not hardcoded but instead, some loops go over integer values to generate the ending pattern of the password and then concatenate a capital letter to it. There is a clear intention to hide this from badly intentioned users, and that’s usually a sign we’re on the right track.

The recovery file is a u-boot image with a Kernel image. The entropy of the files indicates that parts of them are encrypted. Also, the presence of at91bootstrap file indicates we are in presence of a SAM AT 91 board, which can use secure boot. Damned. We can though get one information from those files: the processor type is SAM926X
Browsing the internet, we also can find the following forum post, where a Drew Technoligies employee asks information about this very same family of processors (specifically, the SAM9260-EK): https://lists.denx.de/pipermail/u-boot/2011-June/093651.html

Since the update file is encrypted, we can formulate two hypothesis:

A quick and dirty win is always to desolder the memory chip to get the firmware. But in that case, it is a bit more complicated. The entire PCB was molded in a plastic protection, probably for sealing against humidity. 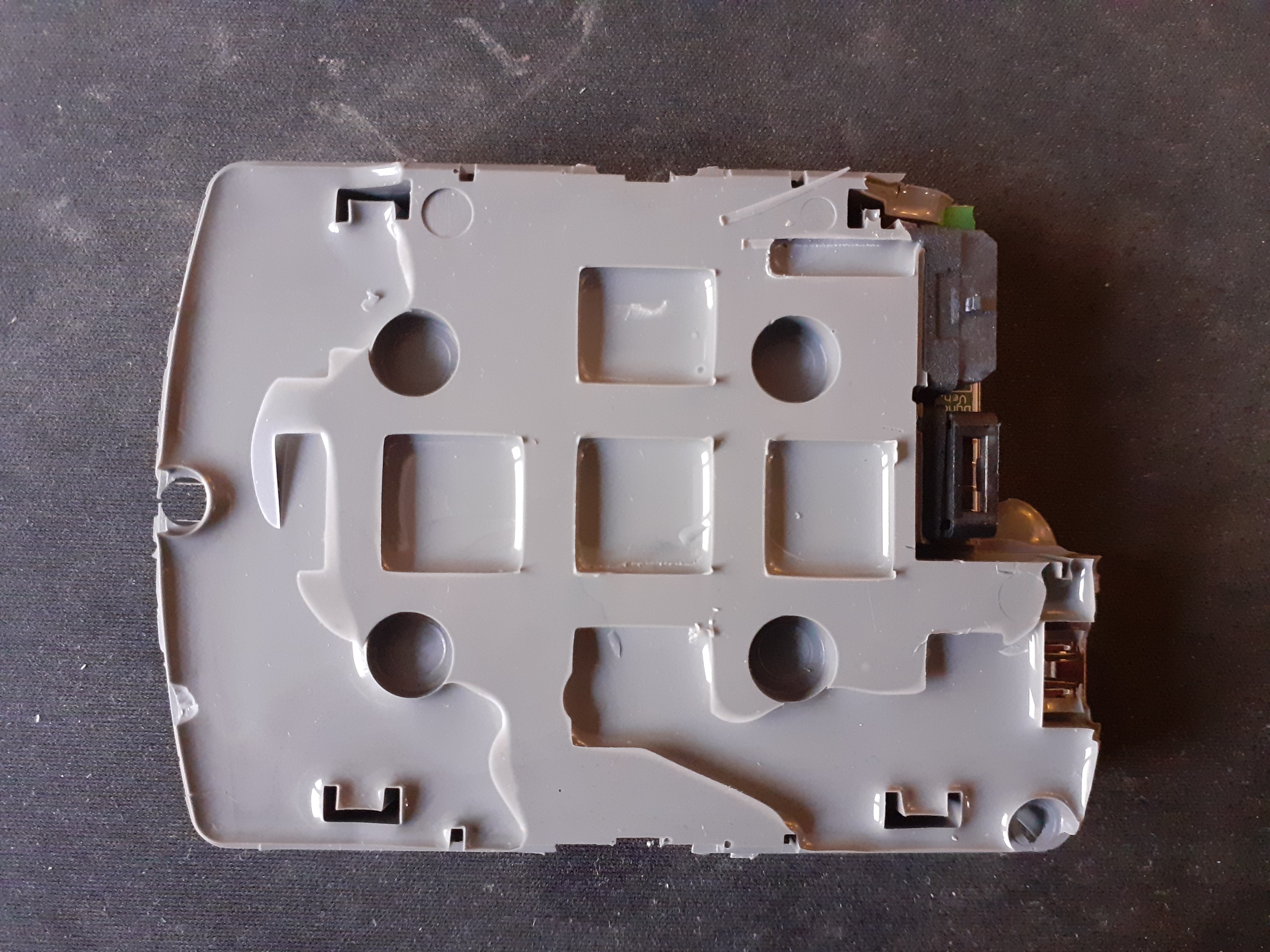 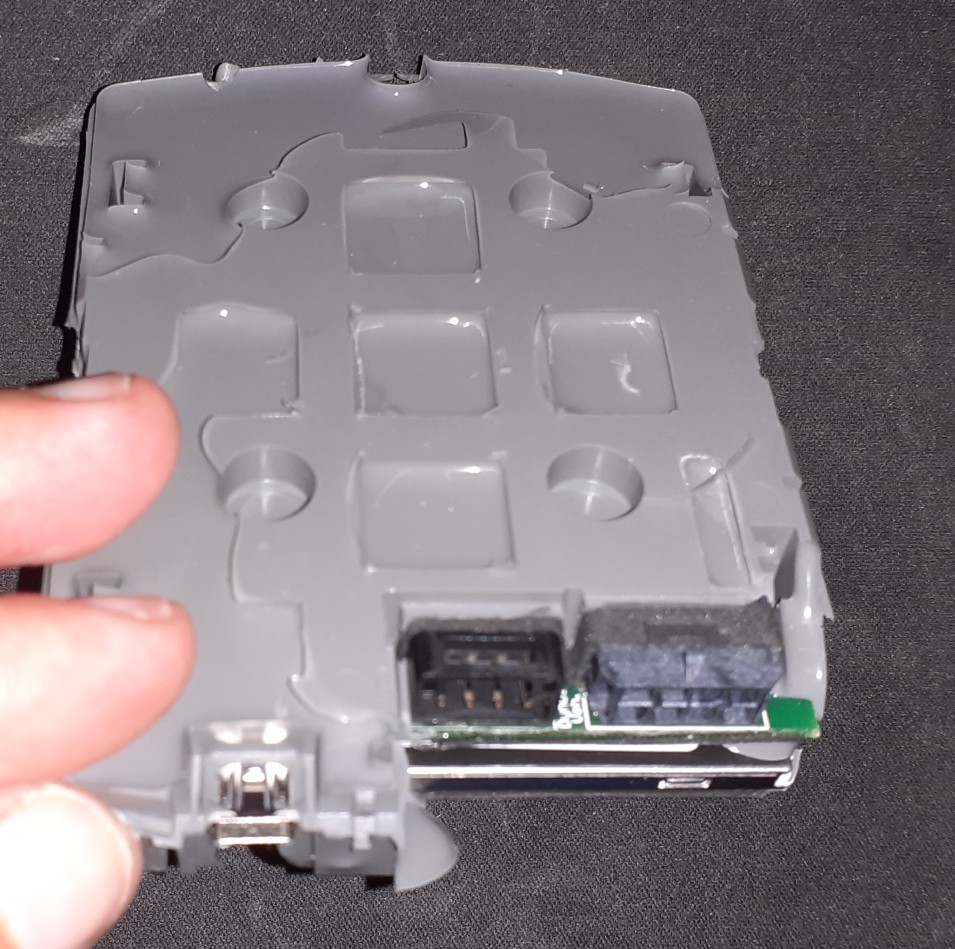 I had to cut it open to see the actual PCB: 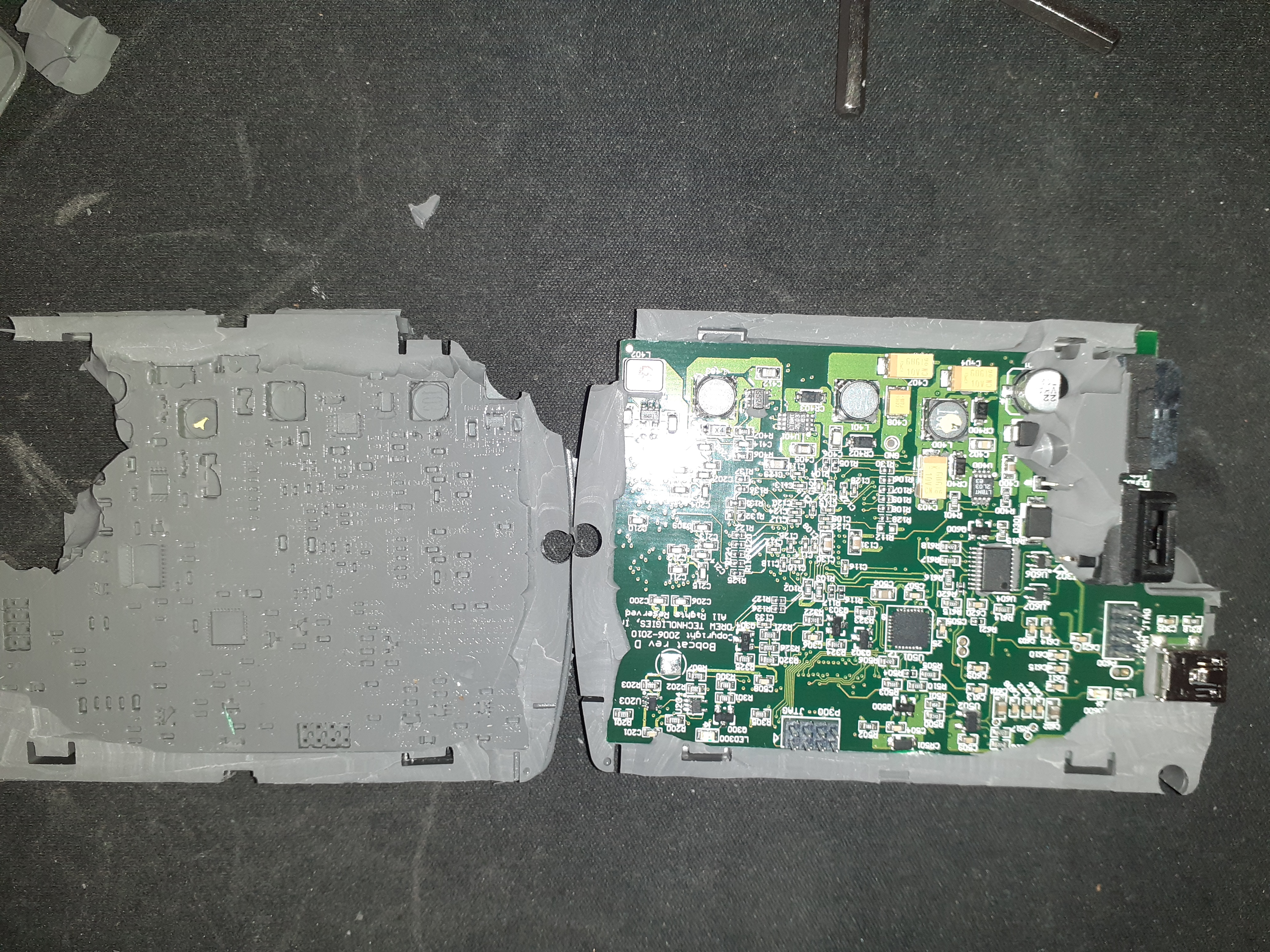 The memory chip seems to be soldered on the other side of the PCB. It is pretty bad news because it is under the screen, and it would probably destroy the device to try to get this physically. Also, at this stage, we don’t know if getting the chip will help us. It could simply contain an Openssl encrypted file that is decrypted during the boot process. So we looked elsewhere.
By looking closely, we can spot 4 pins with written DEBUG over it! 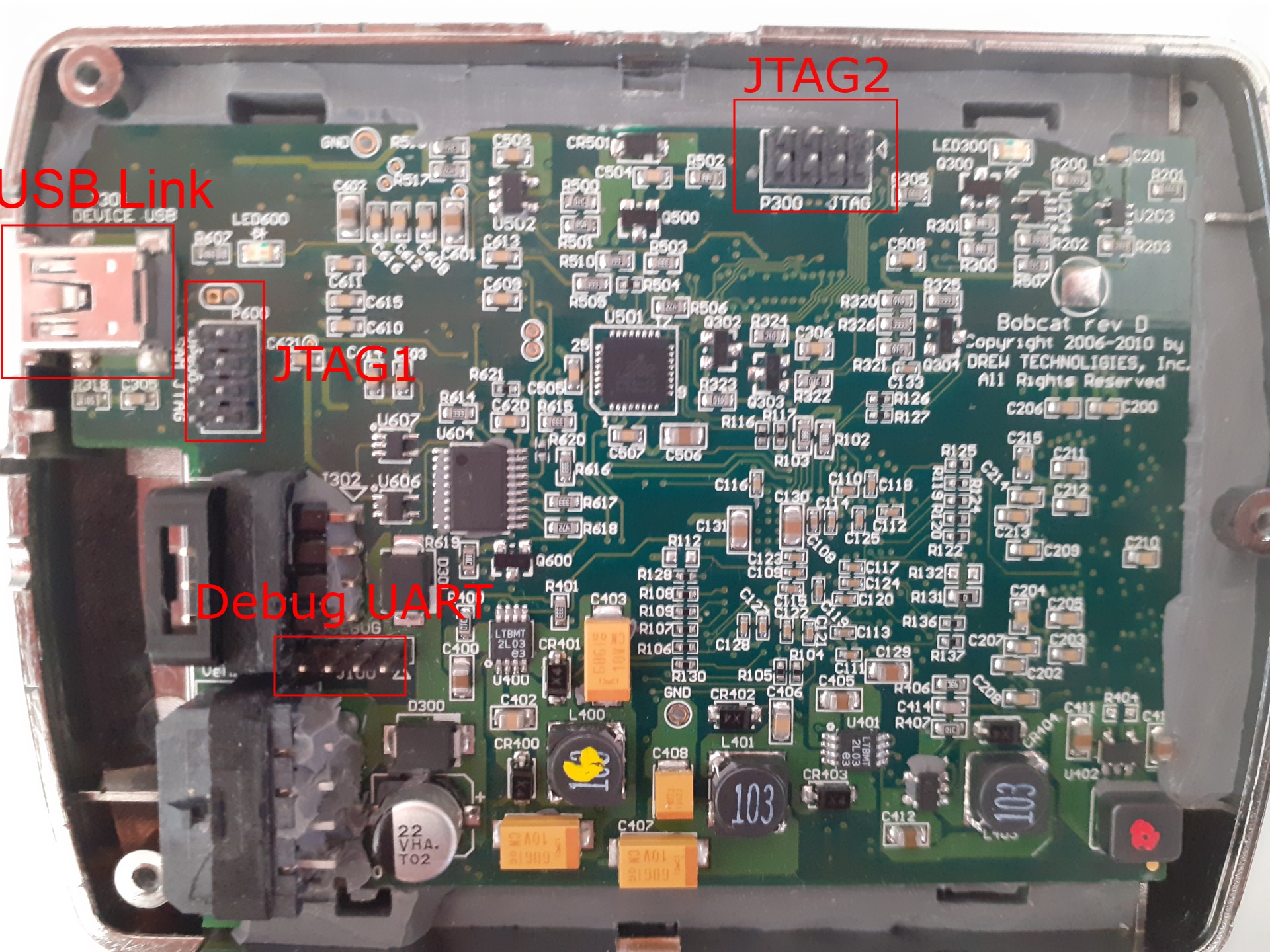 So we connect to it using an UART to USB adapter, and fire up minicom.

Problem is the shell is password protected, and even after days of bruteforcing (using this tool), no password was found. Also, U-Boot is set as quiet and there is no way from this shell to interact with the boot sequence.
One track remains unexplored: the RECOVERY MODE

Messing around with the RecoveryTool.exe we find that there is a recovery mode for the device. It is activated by pressing the power button while plugin in the USB link. 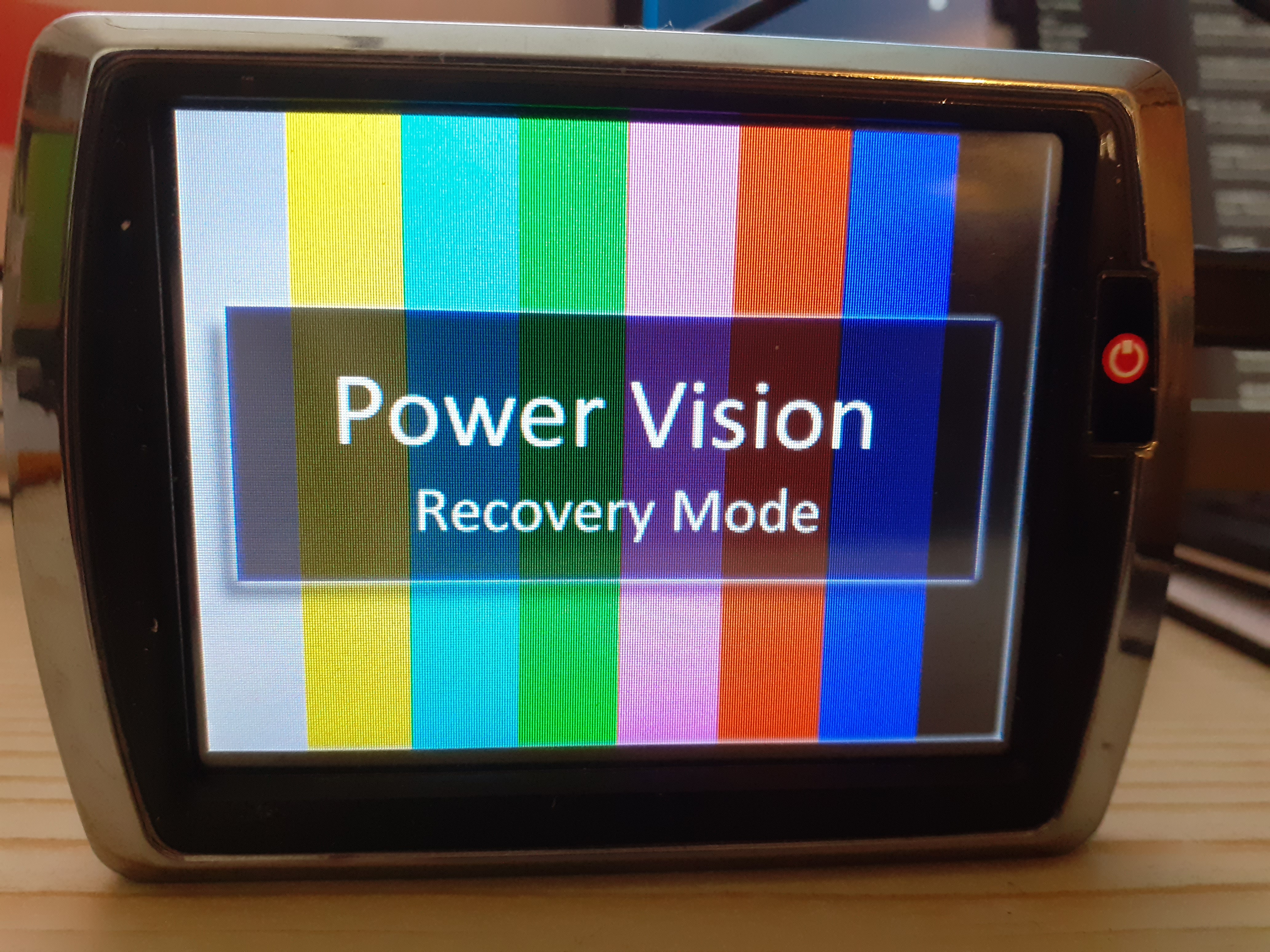 Now what is interesting with this mode is that it switches the communication mode on the USB Link port. In fact, in nominal working mode, this port uses a proprietary protocol that restrains many actions (see Filex Specification in part 2), whereas in recovery mode the port exposes a U-Boot shell!

We can modify the boot parameters in order to bypass the authentication on the internal UART debug port:

We replace quiet with single in order to deactivate the authentication, add a delay so we have enough time to get to the UART shell, and set silent to “no” in order to make sure we have a boot trace on the UART shell.

To do this, we need to be connected simultaneously to the USB link where we configure the new parameters, and the internal UART debug port, where the shell should pop. 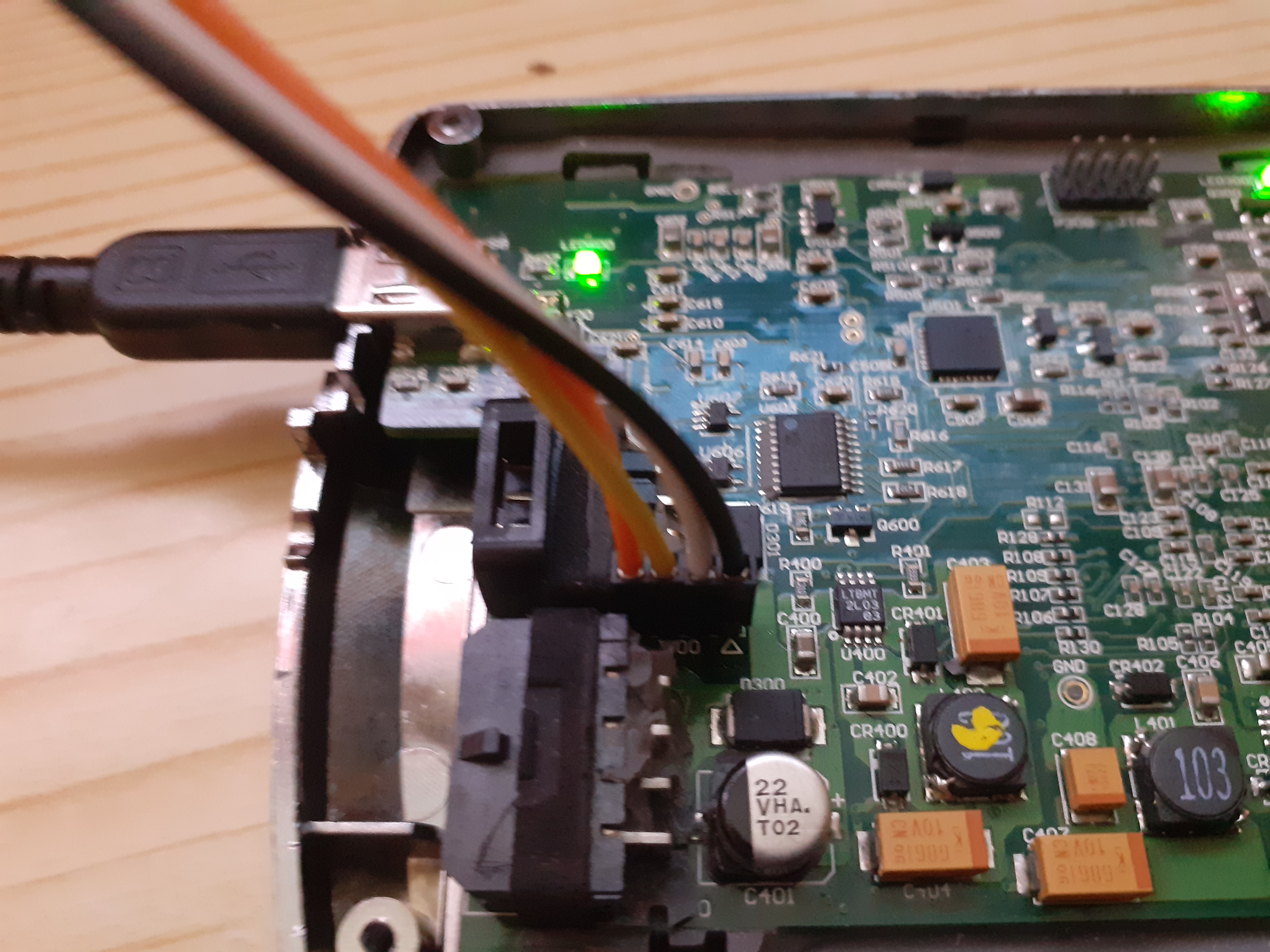 Once all the parameters are set, running the boot command on the USB Link with U-Boot will trigger a single user recovery mode boot:

And meanwhile, on the UART debug connection:

On the left, the U-Boot shell, and on the right, the UART shell displaying the boot sequence.

The shell we obtained is setup in a specific mode where only part of the firmware is mounted. We now need the complete firmware. One way to do this would be finding the Openssl encryption password, and decrypt the PVU_FILE. But let’s start with another way first.
Back in 2.1 we suspected that the firmware might be stored unencrypted, and only the update files would be stored encrypted. This is the correct answer:

In the boot sequence, we can see that an UBI file system is mounted from the MTD devices. Using the root shell we now have, we find 2 interesting devices: UBI0_0 and UBI0_1. To read directly from them, we use dd and uuencode:

There you go, the whole firmware is here

Bingo, we can start reversing!

This post gave me the idea for switching to single user mode in the boot parameters.

In the next episode

On behalf on Unicorn Security, I wish you all netsecurios a happy new year! Stay tuned for next part.